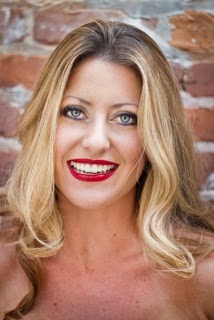 Author Bio: Renee' Novelle is preceded by a long line of published family members, including Pulitzer Prize nominated author and Poet Laureate of Kentucky Jesse Stuart.
As a child, Novelle was already gaining recognition for several of her works, and in her formative years, she continued this trend by earning local awards for her short stories and poems.
Inspired to cultivate her talent, Novelle pursued freelance journalism and has found placement of 75 of her pieces in both online and print publications since 2008. Additionally, she has written multiple screenplays, and contributed her savvy, effective writing style to many non-profit and for profit organizations. She launched several blogs over the years, which garnered international attention.
In 2013, Novelle returned to her first love - fiction. Writing under the names Renee Novelle and R.S. Novelle, she has a publication schedule that includes psychological thrillers, suspense, paranormal fiction, contemporary women's fiction, chick lit, and new adult.
Though she received her Bachelor's of Science in Communication, Summa Cum Laude, she considers herself a constant student of the written word. She's an avid reader, an enthusiastic quote poster, and rarely takes "no" as a final answer. She has an unhealthy obsession for theater, dance, music and art, and strongly believes that wine is simultaneously the beginning of, and resolution to, all of life's problems. She believes in following dreams, and that in the end, you always end up where you meant to be.

Book #1 in the Discovered Series 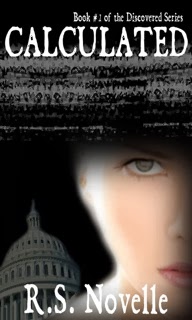 Impatience took over and Ana couldn’t resist any longer. She turned her head to glance at the alarm clock. 5:03am. Exactly three minutes after the last time she’d checked. Pressing her fingers against her eyes, she released a long, loud sigh.
At that point, it had been over an hour that she’d been lying there, tossing around in her thoughts, urging her body to slip back into sleep. She’d tried to read a book, but hadn’t been able to focus enough to stay in the pages. Watching television hadn’t proven any better of a deterrent either. All that was left was to lay there in her silence – thinking, wondering, planning...willing hers eyes to just get even a little bit sleepy again. But she had no such luck
It frustrated her to the core that Mara and her insinuation of a good story had affected her like that. It’d been years since she’d become so intrigued she’d actually lost sleep over it. Never mind the threat of reassignment looming in the background as well.
Fuck it, Ana thought as she whipped off the sheets from her silk clad body. Might as well make use of the morning. Landing her feet on the floor, she made quick time of pulling her long hair into a braid and splashing some water on her face. Next she pulled on her sweatpants, then headed to the gym to work out her inner thoughts.
When she arrived at the little facility her building provided, a quick look around confirmed she was the only one there. Just as she’d hoped, and exactly how she liked it to be. Smiling in satisfaction, she flipped on the television that was perched on the wall, and turned up the music on her iPod as loud as she could handle it. The multiple distractions would help her get through the extra mile she was planning to conquer. With chilled water bottle in place, she cranked up the treadmill to a nice brisk pace.
As her breathing picked up speed and her muscles began to warm, Ana’s eye caught a red flash along the bottom of the screen. Breaking News filled the bar, and the too-chipper-for-their-own-good reporters were suddenly getting serious. Since the volume was still muted, Ana couldn’t understand exactly what was going on, only that they were showing the wide stretch of river that ran along the outskirts of the city. She wiped the first beads of sweat from her brow, and used the remote to turn the volume of the television higher while simultaneously adjusting her music.
As the reporters spoke, home-video footage of something floating in the water rolled before her eyes. The camera zoomed in, the frame ever so shaky, and it became clearly apparent that the “something” was a person - face down with long brown hair spread out like a Catholic halo. It appeared another victim had been pulled out of the water; the count was quickly tallying up. A young woman this time, and possibly one who had gone missing the night before.
Ana’s pulse skipped a few beats as they replayed the video over and over. There was something familiar about the long, lean body. Slowing the treadmill to a stop, she ripped the ear buds from her head to give the segment her entire attention.
...it appears at first glance that the victim suffered from a deep cut to the throat, and received multiple stab wounds to the chest...
The beads of accumulated sweat turned cold on Ana’s brow. She immediately reached for her phone and dialed Kylie’s number.
“What the hell, Ana?” Came her friend’s groggy voice.
“Turn your TV on. Channel four. Hurry.” Ana said, eyes transfixed to the screen in front of her. “Recognize that face?”
...It’s thought the victim may be one of the young girls recently reported missing. The screen flashed candids of three possible women. All brunettes. All tall and thin. All roughly the same age. Among them was a photo of Mara, just as Ana had expected there would be.
But the body was too bloated and disfigured to be absolutely certain, and an autopsy would be needed.
... The body will be taken in for processing where officials hope to shed more light on the case in the near future. In the mean time, they’re cautioning residents to avoid....
“Did you see that?” Ana’s voice escaped in more of a demand than a question. “Please tell me I’m seeing things.”
“Oh my god...” Kylie whispered into the receiver, confirming the dread that was building in Ana’s stomach. “Do you really think it’s her?”
“I know for a fact it is.” Ana declared, the pull in her gut getting stronger by the minute. “The autopsy will confirm it.”
“So, what does this mean exactly now?”
“That maybe I should have been listening a little closer when I was talking to Mara.” She said with regret as she swiped her forehead with the back of her hand. “And maybe I should have asked more questions. There’s a story here, I’m sure of it now.”
“What are you going to do?” Kylie’s voice was decidedly more alert now.
Ana shook her head. “I have no idea.”
Though if she were to be truthful with herself in that moment, she’d already made up her mind. Ana flipped off the television, and left the little gym to get started.
For more information, to view pictures, read blog posts and see the upcoming release schedule, please visit the website at www.RSNovelle.com

Posted by Danielle Rose-West at 00:32