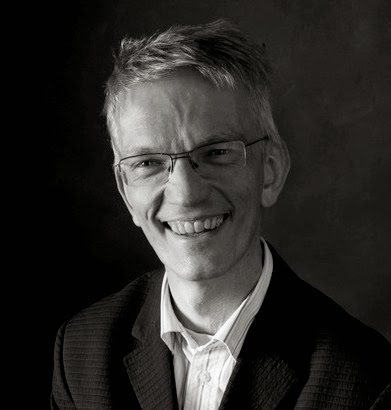 Hello Danielle,
Thank you so much for inviting me to talk about my work and my new book on your blog, I appreciate that very much.
The beginning


The first 'writing' that I did was when I was about 14. I read a book my mother owned and asked if I could have it. She said no (not surprising) but my Dad gave me a typewriter and a stack of paper so I could copy the book. Which I did. That was not writing of course; that happened when I decided I didn't like one chapter and replaced that with something I liked better.


Since then I haven't stopped writing. First I did little bits, and 7 years ago I became more serious after joining an amateur writers' mailing list. This was the step that made me a real writer. A lot happened since then. 23 books happened, in fact and today there's a new one out called "A Girl Named Sandy".


The story behind "A Girl Named Sandy" is odd. 3 years ago I visited friends in Bristol (UK) and one night I had a dream about this story. It was very odd so I tried to brush it off, but the next night it came back. For that reason the working title of it has been "Bristol Dream" for over 2.5 years. After dreaming that same dream 2 nights in a row I knew I had to do something about it and then I started writing. It was a lot of work but now, after 3 years, it's completely done.


The story is a science fiction that involves astrophysics, a young girl named Sandy who meets an astrophysics doctor from Bristol, aliens and space ships. I've tried to make it something different, as per the dream I had.


People often ask what's so great about writing. First it's the act of getting all these ideas and feelings and people out of my head and inside a story, a book. That's wonderful. A release, a relief, and the best way to enter new worlds and explore other lives.


Then there are the reactions of people who read my stories and tell me how they love them. My most popular series, Hilda the Wicked Witch, has been amazing for that. Even terminally ill people sent me notes that Hilda's antics lifted their spirits, helped them to overcome despairing moments. No matter how many sales any book gathers, messages like that are the highest thing I can receive. It's humbling and uplifting at the same time. There is no feeling on earth that beats that, for me.


I'm working on the 13th book in the Hilda the Wicked Witch series (for the people who love and need her), there's an urban fantasy in the works called "Clara's Eyes", and I'm finalising a science fiction story that I wrote in Dutch and English simultaneously. That was a very interesting experience. (Despite being Dutch I've always written in English until now because that mailing list I mentioned was international, I was the only Dutchman there.)


The first proper story I wrote was on that mailing list. It's about a Druid called Rhys whose village is raided by invading Romans; the story plays around 50BCE. Something odd (=magical) happens to him and he's sent on a very bizarre journey. A few months ago I looked that story up and was actually shocked (in a positive way) by the writing style. 7 years of writing have done a lot to my style, so I decided to rewrite that story. I'm taking the basic concept and creating a new story from that. The difference is very clear and I'm proud of that.


I have several heroes in that realm. Valerie Douglas, who writes brilliant fantasy. Terry Pratchett and his Discworld series whom I adore for his wordplay. Douglas Adams and his Hitchhiker's Guide to the Galaxy trilogy in 5 parts. Frank Herbert and Isaac Asimov for their Science Fiction, and Ursula leGuin for her fantasy. The list goes on, but would become a little boring I'm afraid. :-)


There's always a lot to do. I have 2 cats, a job, a house to take care of, and a job that pays the actual bills. I like riding my bicycle and fitness to keep myself in shape. Contrary to popular belief, round is not a good shape for people. At least that is my opinion.


For my book covers I have a simple approach. It's a wonderful lady in the USA who makes them for me. She's called Renée Barratt who owns "The Cover Counts". I tell her what I have written, what the main places and characters are, and leave the images to her. She's not failed me yet.


I do the covers for the Hilda series myself, just because it's fun!


I read what I write: steampunk, scifi, fantasy, but also books like the Way of Wyrd by Brian Bates. I'm a Pagan and always interested in ancient philosophies and religions. I  always find ways to add bits and pieces of those to my stories.


Usually I just start writing about something that's knocking at the backdoor of my mind. After a while I see the pattern and direction of the story, and if not I write down some notes on where I think the whole affair should go. Sometimes the story actually complies with that.


The one time I completely plotted and planned a story, the main character walked off in chapter 2 and refused to come back, so I gave up on that.


Research is very important. That's something I discovered since starting to doodle with words on the mailing list.  Because of the way I write I do my research while writing as I never know what will come up. There is a danger in research too, because looking at one thing will make me look at another and give me ideas for another subplot in the story - or even a completely new story. 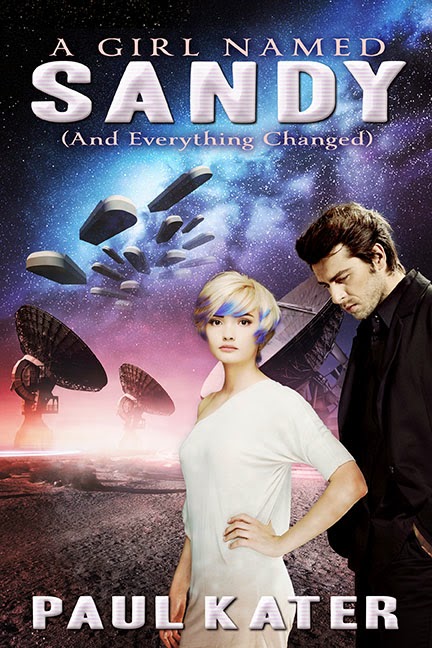 In the new book there are many scenes that I find endearing, but that is because I've been emotionally involved with it for 3 years (and will be for a while to come). I think one of the best parts is this:


Paul and Sandy, the main characters, are in a laboratory of the Arecibo Telescope Centre (Paul is an astrophysicist and Sandy is there because she studies astrophysics and she speaks Spanish). Sandy sees how Paul deals with everything that's coming at him regarding the work and then she has this sudden pang of being inadequate, even as if she's in his way, hindering him to go as fast as he wants, and she runs out. Paul goes after her and talks with her, convincing that she's doing a wonderful job and that he doesn't want her away from his side.


This may not sound like something impressive, but for me it shows the growing connection between Paul and Sandy, how there is still misunderstanding. Despite being so busy he notices her 'despair' and leaves his work to go after her and talk with her. That is a part of the dedication, communication and understanding that's very meaningful to me. Something that we need a lot more of in our present world.


Comments. The good, the bad and the ugly


As I already mentioned, I receive mails from ill people who tell me how my stories help them. The most amazing one was from a lady who's in hospital with cancer since far too long. She's a painter and hadn't had the desire nor the energy to paint anything. After reading a few Hilda stories she wrote to me about how the wicked witch made her laugh, and asked if I allowed her to paint a few scenes from a book if ever she had enough energy to paint again. That is something that touches me so deeply, I can't describe that.


The weirdest comment was from someone who claimed I should give away the print versions of the first 7 Hilda stories because the first 7 e-books are free as well. I'm still shaking my head over that. Ink, paper, printing and postage (or shipping as Americans prefer) don't come for free for me. If someone has a good option for that, don't hesitate to get in touch with me though!!  ;-)


Maybe some readers of this blog have become interested in "A Girl Named Sandy". For them I've posted the first chapter of the book on my website / blog, anyone can hop over to http://www.paulkater.com/2014/03/a-girl-named-sandy-chapter-1/ and have a look.

Thank you to Paul for being a guest on my blog. I wish him great success with his new book. :)
Posted by Danielle Rose-West at 02:52