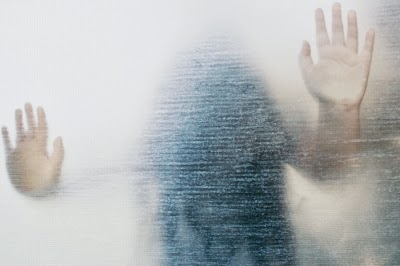 I am really excited to share a first glimpse of my new book, Shadow of Suspicion. It's the second book in my Haunted by the Past Series.

This book is rapidly nearing completion and I am hoping for a January publication date, so keep you eyes open.

I hope you enjoy reading the excerpt.

Excerpt
Callie jumped violently as the van door opened and prince not so charming climbed back into the vehicle. “Ready to go?” he enquired.
“The sooner I’m out of your boorish company, the better!” she sniffed, her nose rising several degrees. He laughed, further igniting her ire.
He twisted the key in the ignition and the van roared into life. The man pulled his seatbelt around his body and clicked it into place. Callie would have dearly loved to strangle him with it.
As he pulled slowly onto the road, she glanced back at the layby through the large wing mirror on her side of the van. Her heart skipped several beats and she stared in shock.
Standing in the middle of the layby was the girl. Even though the rain poured down around her, it didn’t seem to touch the child. Callie shivered. Was it her imagination or did the rain actually pass through the girl? Even though she knew it was impossible, Callie was sure the girl’s eyes clapped onto her own through the mirror. She could sense the intensity of the child’s stare. A deep sense of foreboding flowed through her body.
She snapped her eyes to the road ahead. It wasn’t possible that she’d seen anything. It was her imagination. Maybe this trip to meet her real mother was taking more of a toll on her than she thought. Callie dismissed the encounters as nothing more than her overwrought imagination.
“Turn back………..before it’s too late.” The whispered words were soft, as if they’d been tossed on the wind. Callie shivered and drew her arms around herself.
The dark road sped past, carrying her towards her destination. There was no going back now!
﻿
Posted by Danielle Rose-West at 08:25