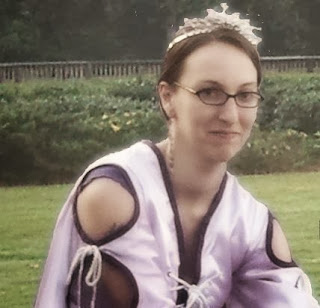 Anastasia V. Pergakis lives in Columbus, Georgia, with her husband and son. Anastasia started writing at a very young age with cute poems and funny stories. (You know, those little diddies about the apple tree in the front yard.) She did not start writing novels until the age of sixteen. At the time, romance and mystery were her favorite things and so she sat down to write an epic tale of love and crime. Oh, so she thought! Her first attempt has been shelved, collecting dust until the time is right to unveil the horror and fix the ugly work of “art”. Since then, novels have become almost an obsession. With almost sixteen novels in the works, she definitely has her hands full with an overactive muse.

Along with novels, Anastasia also writes dark or funny poetry, the occasional twisted or humorous short story, scripts, articles, and a few blogs.
As you can see, Anastasia has a great love for writing in all forms and shapes and sizes. Her other passions are reading, reviewing, web design, cover art design, and playing games with her son. 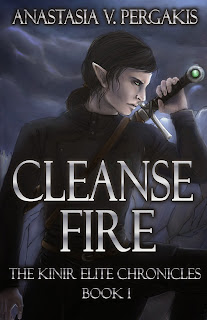 Complete the mission, no matter what…
Captain Derac Vidor protects everything he cherishes with a vow and his sword. After twenty years of service, Derac and his team are betrayed with deadly consequences. Evidence points to someone on the inside.
Treason is only the beginning…
No place is safe when a trifocal conspiracy is uncovered. The team must hold out long enough to discover the truth in a web of deceit, fear, and hatred. Time is running out and their allies can only help so much.
The past holds the key…
Clouded memories and forgotten truths hold the answer to saving the team. Can Derac face the gruesome nightmare in time?
A grudge can only wait for so long…﻿ 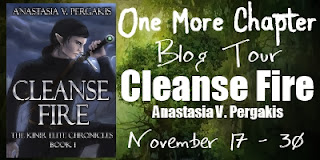