Shadows in the Night - Teaser Excerpt 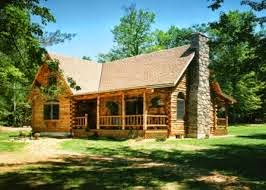 I am steadily working my way through Shadows in the Night. It is shaping up to be a great mystery and I am loving the characters and story so much. Hopefully, it won't be too long before I can reveal the cover and publish the book.
Jade and Slater are certainly going through it. This mystery has kept me up a few nights, working out all the different angles and making sure the plot is completely watertight.
I am so excited about this book and want to share a small taster with you. So here is an excerpt and I hope you enjoy reading it. It's only a tiny taster, but a good one!

Shadows in the Night

He slowly walked towards the woman. “Hi. Excuse me, do you live around here? I was wondering if I could ask you a couple of questions. It won’t take long.”
The woman continued to stare out at the water, her face turned so that all he could see was her profile. She seemed a rather plain woman from what he could tell. Her hair hung down just below her shoulders and her clothing was rather dowdy and colourless. She held a hand to her mouth, as if she was holding in some deep emotion.
As he drew closer, he noticed tears trickling down her face. She didn’t seem to notice them, or him. He hesitated. Should he intrude on her private pain? He glanced back up the path, but decided to offer his assistance. He couldn’t just leave someone in obvious distress. He’d seen the devastated kind of expression on her features many times before. Usually on the faces of clients after he’d notified someone of their partner’s cheating.
“Are you alright? Do you need me to call someone for you?” Slater called to her.
He stepped closer to the woman. Something seemed decidedly off kilter. His heart tripped over in his chest. Although the breeze blew threw his hair, tossing it in every direction, it didn’t touch the woman’s tresses at all. It appeared as though she belonged in a different time and space from the one he occupied.
He shook his head and pinched the bridge of his nose. He had to be imagining things. Too many late nights and strong coffee. It had finally eroded his brain. Slater opened his eyes and stared hard at the woman. She slowly turned in his direction. His mouth dropped open. The side of her head was completely caved in. Blood dripped down what was left of her face. As she turned to fully face him, he could see the blood spattered over her body. It dripped from the ends of her fingers to soak the grass below her feet.
“All lies.” Her voice sounded hollow, as if she spoke down a long tunnel. “It was nothing but lies.”
﻿
Posted by Danielle Rose-West at 06:56