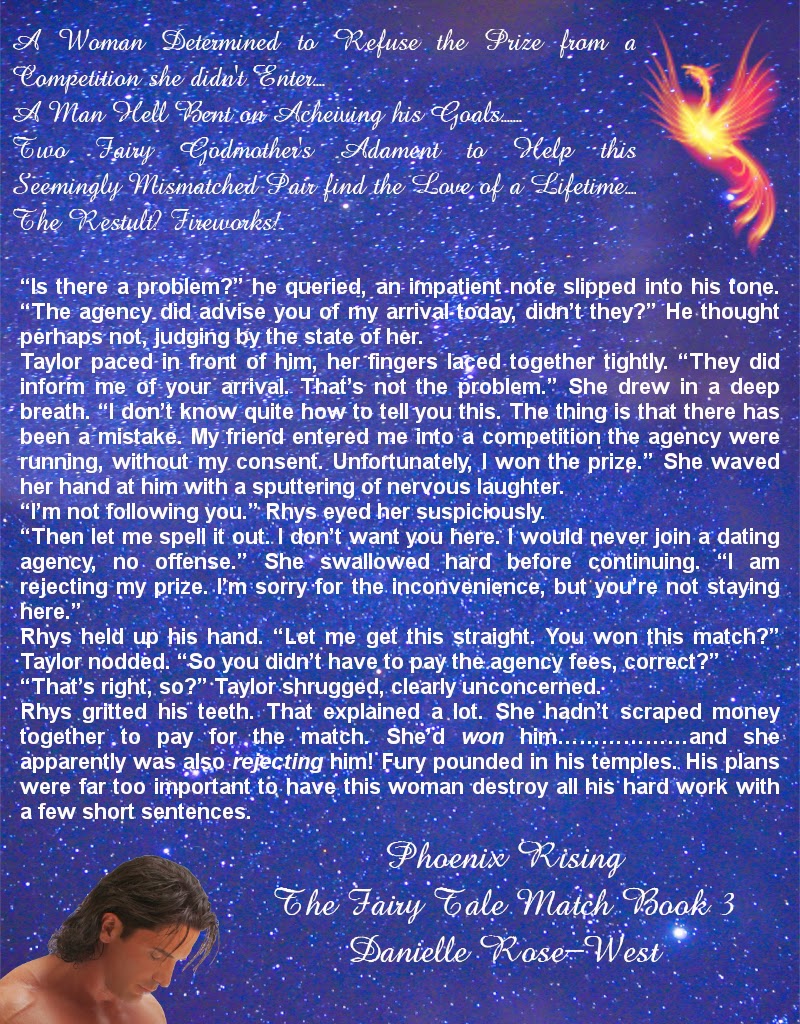 
5.0 out of 5 stars Love it! 28 April 2014
By 1D82 Many
Format:Kindle Edition|Verified Purchase
This is a really super story, full of romance and magic but with some hard messages too.

Misunderstood and unappreciated by his rich and powerful family Rhys has been through enough turmoil in his life but when he turns the corner and his back on gangs and rebellion and tries to help others who find themselves in the same situation, his family turn against him even further.

Two sweet but silly fairy godmothers sprinkle their magic over Rhys and his newly matched partner Taylor but neither of them can begin to see the sparks lighting with Taylor's impossibly rebellious brother and incredibly rude sister fighting for her attention.

Throw in a overbearing grandmother and some violent gang members and it looks as though Rhys will never realise his dream or find his perfect partner.

Following the death of their parents, Taylor can barely cope with herself let alone her brother and sister. Having Rhys turn up on her doorstep is just another hardship sent to try her patience. Her character is tested fully as she realises that first impressions are not always the right ones and family loyalty sometimes has to take second place behind right and wrong.

The author has really captured the hardship of some people's lives. Taylor's desperation is palpable and gives the reader an insight into how difficult some teenagers can be. Rhys's strengths evolve from his dangerous and unloved past but only rise to fruition from the ashes of his own near self destruction.

The fairies make this story a little more lighthearted but there is a strong and hard message behind this book that shouldn't be taken lightly.

Overall an excellent read.
Posted by Danielle Rose-West at 08:30