Forever You - The Fairy Tale Match Book 2 - Out Now! 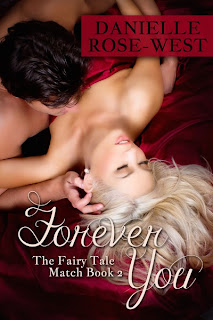 Forever You - The Fairy Tale Match book 2 is now available on Amazon Kindle! I am so happy that this book is finally coming out and will be releasing it as a paperback in the next few days.

In celebration of the books release, I am putting my first book Wild Fire on promotion on Amazon Kindle. It will be free for download over the next five days, Thurs 22th to Mon 26th Aug 2013. If you are interested, you can find it on https://www.amazon.com/author/daniellerosewest.
This has been a wonderful project to work on and I loved the characters so much. I will certainly miss them, but I am excited to be working on a new series, which I will keep you posted about on my blog and facebook.
Below is the Prologue for Forever You, just to whet the appetite!